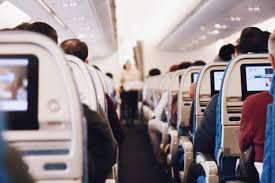 The disruptive and unruly behavior of air passengers (also known as “PAXI”) has increased in recent years. This includes more or less serious facts that may range from refusal to comply with the instructions of the flight crew (including in these times of pandemic) to violence likely to affect the flight safety.

This results first in a negative impact on the travel experience of other passengers who have to cope with the disruptive behaviour of another passenger. In addition, airlines are also suffering an undeniable operational and financial impact.

Hence airlines have to deal with this growing phenomenon and the States Parties understood the issue by adopting the Montreal Protocol in 2014, supplementing the system in force since 1963 (i.e. Tokyo Convention). This protocol entered into force on 1st January 2020.