The notion of extraordinary circumstances: further precisions under aviation law 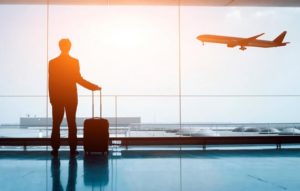 In this matter (CJUE, 26 juin 2019, aff. C-159/18, André Moens v. Ryanair Ltd), a flight operated by Ryanair was delayed by more than four hours. A passenger decided to sue the airline to obtain the compensation pursuant to article 5 of the EC Regulation No 261/2004. However, the airline denied liability and invoked an extraordinary circumstance. Indeed, the runway has been closed for more than two hours, because of the presence of petrol.

The European Court of Justice decided that the presence of petrol on the runway, causing its closure, and hence the delayed flight, should be understood as an extraordinary circumstance likely to exempt the airline.

In this case, the court noted that it remained unknown whether the petrol came from the aircraft of Ryanair, or not. However, it seems this was not the case.

Consequently, the court, with reference to its decision rendered on 4 April 2019 (Case C-501/17) held that such an event is not intrinsically linked to the operation of the aircraft. In other words, the state of the runway should not be considered as inherent to activity of the air carrier.

Then, the court underlined that the carrier has no control on the maintenance of the runway – this is for the airport managers.

In any case, the air carrier has to comply with the decision of the airport managers and is then unable to take any reasonable measure in such circumstances.